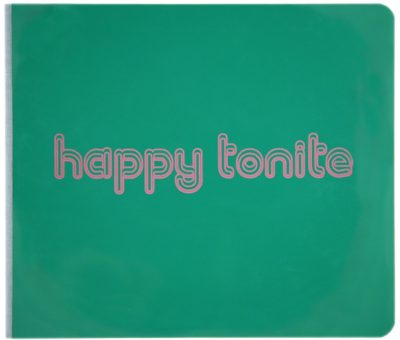 The photographs in Happy Tonite have been selected by Ed Jones and James Welch from the collection of Chinese photography assembled by Thomas Sauvin for the Archive of Modern Conflict. The photographers represented in the book are Liu YiQing, Cai Hongshuo, Chang He, Zeng Han, Yang Changhong, Bai Chuan, Dustin Shum, Chang Qing, Fang Er, Feng Li, Luo Dan and Jiang Yiming. Each has his or her individual and unique ideas and preoccupations, but collectively they can be seen to demonstrate and reflect a concerted move outside the traditional Chinese boundaries and restrictions.
(source: https://archiveofmodernconflict.com/happy-tonite/)

About the Creators
Ed Jones is an editor at the Archive of Modern Conflict.

James Welch is a writer, editor and designer at the Archive of Modern Conflict.

Thomas Sauvin is a French photography collector and editor who lives in Beijing. Since 2006 he exclusively works as a consultant for the UK-based Archive of Modern Conflict, an independent archive and publisher, for whom he collects Chinese works, from contemporary photography to period publications to anonymous photography. Sauvin has had exhibitions of his work, and published through Archive of Modern Conflict.
Artist’s Instagram
(source: https://artsandculture.google.com/entity/thomas-sauvin/m0pd9w6z?hl=en)