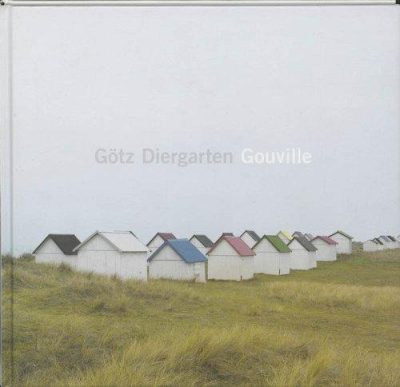 Götz Diergarten’s photographs combine typology and color. In his series featuring German façades, French beach cabanas, and British spa architecture, Diergarten examines the outward appearance of different types of everyday buildings. Following in the footsteps of the Becher School, Diergarten’s works are conceptually rigorous, with a documentary-style straightforwardness. Diergarten’s originality, however, lies in the fact that he adds color as a dimension to this austere concept. In his photographs of standard beach cabanas, it is the color that expresses a sense of originality and uniqueness. In the METROpolis series, he transforms the materials and patterns of passageways, tunnels, and railway platforms into abstract color spaces and fields, so that they resemble the kind of American color photography by artists such as William Eggleston or Stephen Shore.
(source: https://www.artspace.com/gotz-diergarten/ot-gouville-15)

About the Artist
From 1993 to 1998 Götz Diergarten (German, born 1972) studied free arts / creative photography at the Akademie der Künste in Düsseldorf with Bernd Becher. Diergarten was in the last class Becher taught there. After completing his studies he attended the Hochschule für Gestaltung in Zurich until 2000. Diergarten’s photographic themes are everyday architectural forms such as façades, abandoned vacation cottages, swimming pool locker rooms, and subway stations. In his photographic series Diergarten combines the conceptual stringency of the image typology with a narrative eye for the colors and details of the subjects he depicts.
(source: https://kicken-gallery.com/artists/goetz-diergarten)

About the Publisher
Piece of Cake was created in Rouen in 2002 at the initiative of French photographer Charles Freger. The original group was comprised of artists from several different European countries including France, Germany, Switzerland, The Netherlands, Portugal and England among others. In 2009, Cara Phillips initiated the creation of the North American Cake Collective, with members in various cities in the US, Vancouver and Mexico City. The collective’s main focus is to provide support and connection for artists who have a deeply committed personal practice but who also want to engage in a communal experience.
cake-collective.com
(source: https://cake-collective.com/Info)