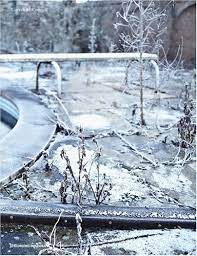 Gareth McConnell’s work is dominated by successive series of simple but highly eloquent portraits of outsider figures, survivors who have lived life to an extreme. Born in Carrickfergus, McConnell’s own experience has been shaped by the violent tensions of Northern Ireland’s recent history and there is a strong autobiographical element in the dialogue and empathy he develops with his sitters. From his powerful portraits of loyalists in the Albert Bar in Carrickfergus to the photographs of an exotic community of young ex-pats in Ibiza, McConnell’s work blends matter-of-factness with disarming intensity. Using only natural light, his photographs celebrate the fragile momentary encounter, while transforming it into something memorable and enduring.
(source: https://photoworks.org.uk/shop/monograph-gareth-mcconnell/)

About the Artist
Gareth McConnell is a photographer who works in London. Born and educated in Northern Ireland, McConnell came to England to study further at West Surrey College of Art and Design, and the Royal College of Art, graduating from the latter in 1999.
garethmcconnell.com
(source: https://www.showstudio.com/contributors/gareth_mcconnell)

Born in Göttingen in 1950, Gerhard Steidl began working as a printer and designer in 1969. Soon the customers of his screen-printing workshop included Joseph Beuys, Marcel Broodthaers and Nam June Paik, among other well-known artists. In 1972, the first Steidl book Befragung der documenta (Questioning documenta) was published. From political non-fiction, he then expanded into literature and selected books on art and photography.
steidl.de
(source: https://steidl.de/Publisher-0211122830.html#:~:text=Born%20in%20G%C3%B6ttingen%20in%201950,among%20other%20well%2Dknown%20artists.)