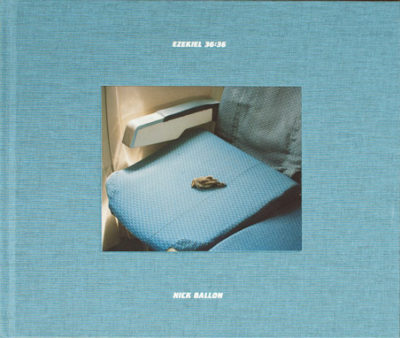 This series is a documentation of Lloyd Aéreo Boliviano (LAB), one of the world’s oldest surviving airlines. Founded in 1925, it has played an important role in every stage of the country’s history. Currently under threat of closure and with its downed fleet of aircraft slowly crumbling away, this airline continues to survive through the loyalty and faith of its remaining unpaid 180 staff. The title of the work takes its name from the airlines only possible saviour, its last operational airplane called Ezekiel 36:36

About the Artist
Nick Ballon is a documentary and portrait photographer based in the UK, whose Anglo-Bolivian heritage is an important source of subject matter and inspiration in his work, exploring socio-historical ideas of identity and place, the concept of ‘foreignness’ and belonging.