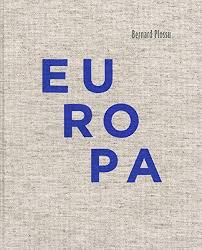 Europa is a retrospective photobook of Bernard Plossu’s photographic works taken from the years 1970 to 2010 depicting the European continent. This portrait of a continent  ranges from large cities like Berlin, Lisbon and Madrid, to lost landscapes.

About the Artist
Bernard Plossu (b.1945) is a French photographer born in Vietnam. He studied in Paris where his interest in photography developed as early as 1958. Widely travelled, mainly in Europe, the USA, Mexico, and Africa, he is noted for his black-and-white city images.

About the Publisher
La Fábrica is the publishing area of La Fábrica, a private company of cultural management. They publish books and magazines focused on photography, art and literature as well as making books on behalf of private companies and public institutions.
lafabrica.com