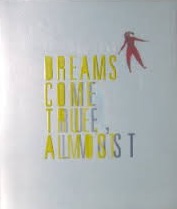 Yeondoo Jung transforms photography into a magical wand that, with the wave of his hand, casts a magic spell. His photos recreate the dreams of adolescents that he has met in cities around the world. His own world is made up of children’s fantasies scribbled on drawing paper — not a world of reality, but of faded dreams. His photos are careful, imaginative re-creations that bring to life the fragmented stories of people that come his way and tickle his ear and eye.

In a series of tightly composed photos that began in 2001, Jung does much more than record a visual image. He discourses with the subject. The multiple layers of experience and verbal exchange in the space shared by the photographer who peers through his lens and the subject that stares back at him create a unique photographic image. Jung painstakingly gives photographic form to disembodied dreams, inspiring our sense of wonder and respect for his representation of the terrible freedom of a child’s unbridled ideas or the nascent power of an adolescent’s dreams. The impenetrable borders and the fusion points between reality and fantasy converge smoothly in Jung’s photos, inviting us into a new visual world of emotion and desire.

About the Artist
Yeondoo Jung (b. 1969 Jinju, South Korea) received a BFA in Sculpture from Seoul National University in 1994, before moving to London in 1995, where he received a diploma in Sculpture from Central Saint Martins College of Art and an MFA from Goldsmiths College. Jung uses a wide range of media, focusing primarily on joining sculptures and videos to create photographs. He creates images characterized by great warmth, presenting optimistic vision of our society to the viewer. For delineating intimate connections among the subjects in his photographs, Jung attempts to focus on sentiments or fantasies that are held by his subject matters. His body of works combines an extensive variety of stylistic approaches, ranging from straight to surreal abstract photography. The artist has also published numerous books and catalogues over a decade.

About the Publisher
Kukje Gallery opened in the center of Seoul in 1982, it has been committed to presenting the work of the most current and significant Korean and international contemporary artists.