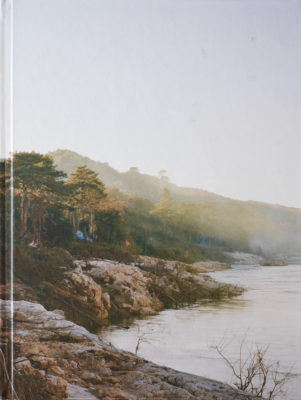 “The photographs of Francis Deladerrière represent objects despised, abandoned the confines of an unknown territory In fact, this area is quite known and mapped.. These images were taken south of Arles, Camargue It s’ is the largest delta in Europe, including the Rhone carries huge amounts of mud. it looks like the river gave up on its shores these objects, awaiting their fate Or it could be that human hands got rid of these unwanted objects, leaving to time to do its work of destruction. So some afterlife we ​​speak this area, where different materials are reduced to the most basic forms of material gradually broken down by the forces of nature. Who knows, some of them may be recycled to create new objects. “

About the Artist
François Deladerrière was born in 1972, he lives and works in Arles. He graduated from the National School of Photography in Arles in 1999, he now pursues personal work and carries out commissions mainly relating to landscape and architecture. He regularly presents his photographs in group and personal exhibitions.
In 2003, he temporarily joined forces with three other photographers (Géraldine Lay, Céline Clanet and Geoffroy Mathieu) in order to question their respective approach. This will result in several exhibitions as well as a collective work, Un Mince Vernis de Réalité published by Filigranes in 2005.