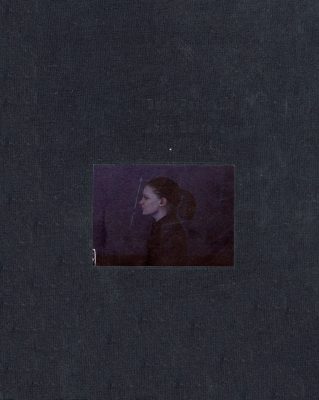 John Gerrard is an artist whose varied works investigate the emotional possibilities of digital technologies, creating pieces that allow us to question our physical and psychological identities, our relations to each other and toward the physical environment.

Working in the arena of new technology, Gerrard’s understanding and manipulation of the medium is extraordinary. He explores the rift between real and the virtual by his insistence that real space and time be programmed into the behaviour of virtual. His sculptures and images frequently hinge around the new temporal and experiential possibilities to be found in real-time 3D.

The works could be described as virtual sculptures, which makes them somewhat like film in that they are time based but are also sculptural and photographic. New works in this exhibition Dark Portraits show include Smoke Tree (2006), a virtual sculpture with the central basis formed by an oak tree that is transformed as it emits plumes of dark and swirling carbon, creating a mesmerising and ever-changing tableaux. The work operates from dawn to dusk, constantly moving around the central motif.
(source: http://www.johngerrard.net/one-thousand-year-dawn.html)

About the Artist
John Gerrard was born 1974, North Tipperary, Ireland and is an artist and photographer.
johngerrard.net

About the Publisher
The Royal Hibernian Academy is an artist based and artist orientated institution dedicated to developing, affirming and challenging the public’s appreciation and understanding of traditional and innovative approaches to the visual arts. The Academy achieves its objectives through its exhibition education and collection programmes. The Academy is funded by the Arts Council/An Chomhairle Ealaíon, through fundraising initiatives, through the earned revenue from its Annual Exhibition and by the Benefactors, Patrons and Friends of the Academy.
rhagallery.ie