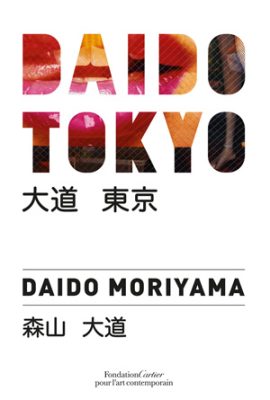 Moriyama invented a new visual language in his work from the mid- 1960s onwards. Frenetic and tormented, it depicted a reality that was grainy, blurry and out-of-focus. In 2004, the Fondation Cartier pour l’art contemporain organized a landmark solo exhibition of Moriyama’s black and white work. His lesser-known colour photography will feature in this latest exhibition. Depicting underground neighbourhoods in the Japanese capital – a favorite location for the photographer – these exclusively colour images reference the motifs that are omnipresent in the artist’s work, as well as his penchant for textures and shaky compositions. Interesting selection of contemporary Moriyama material shot in Tokyo split between colour and black&white using two differing paper stocks.

About the Artist
Born 1938 in Osaka. After working as an assistant for photographers Takeji Iwamiya and Eikoh Hosoe, he went independent in 1964. He has been publishing his works in photography magazines among others, and received a New Artist Award from the Japan Photo Critics Association for Japan: A Photo Theater in 1967. Between 1968 and ’70 he was involved in the photo fanzine Provoke, and his style of grainy, high-contrast images that came to be referred to as “are, bure, boke” (grainy, blurry, out-of-focus) made an impact on the realm of photography.
(source akionagasawa.com)
moriyamadaido.com

About the Publisher
The non-profit Fondation Cartier in Paris, from its Jean Nouvel designed building, is a center for the creation and exposition of contemporary art.
fondationcartier.com