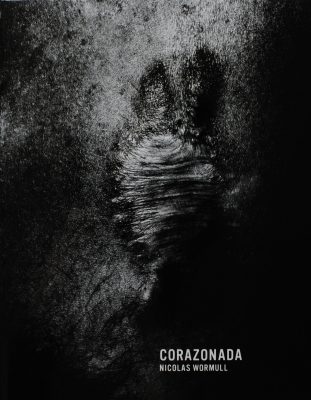 Corazonada means ‘hunch’. An impulsive act. It is how celebrated Chilean-born photographer Nicolas Wormull has selected the images to create this intensely personal photo essay. Having returned to Latin America after living and working in Europe, Wormull presents an enigmatic photojournalistic gallery drawn from life experiences in Sweden, Chile, USA, Tunisia, Bolivia and Guatemala.

About the Artist
Born in Santiago de Chile in 1977. His interest for photography begins in Sweden, the country to which he moved at the age of ten and where he later on studied photography. Currently he lives in Chile from where he works as a freelance photographer for Scandinavian and American newspapers and magazines. His work has received various nominations and awards. He received the photo of the year award 2007 by the Union of Press Photographers in Chile, Nominated Sony award 2010, and his work has been selected to participate in Photoespaña 2009, 2011 and 2012 and ILLA 2009 and 2010. It has also been selected for exposition in the NYPHOTOFESTIVAL, the Magnum Expression Award 2010, and Rodrigo Rojas de Negri award for best Chilean contemporary photography 2011. He was recently nominated for the Paul Huf Award 2012. He is a member of the Swedish Kontinent photojournalism.
(source https://visura.co/nicolaswormull/about)
nicolaswormull.com

About the Publisher
Australian-based award winning T&G Publishing specialises in establishing a creative dialogue with the acclaimed photographers they publish. Using the finest design and most advanced printing practices, T&G are committed to showcasing elite photographic art.
tgpublishing.com