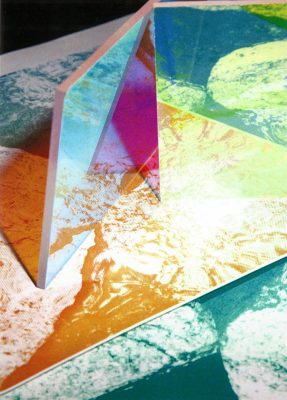 On April 7, 2013, a screen-printed publication was produced during a Fluxus-style atelier in Tokyo organised by Self Publish, Be Happy and Goliga. For two days, 11 photographers had a silkscreen workshop facility to create and print their photography as part of a limited-edition publication, Compilation Tokyo. The handmade publication captured the spirit and energy of the contemporary photographic scene in Tokyo and embodied a new exciting generation of artists.

On April 30, 2013, artist Charlie Engman worked in situ at the Aperture Foundation in New York to create a new artist zine, remixing Compilation Tokyo. Engman cut apart/re-photographed/digitally modified photographs in order to remix and create an entirely new body of work. These new works were printed and photocopied on site to create Compilation Tokyo: Remix, a signed and limited-edition artist publication, that filters and plays with the original material injecting some NYC electricity.

For roughly the past 15 years, Koji Kitagawa has been an impressively prolific zine maker.
kitagawakoji.com

Japanese photographer Taisuke Koyama is known for pushing the boundaries of photography and expanding the realm of digital imagery.
tiskkym.com

Masafumi Shirakami born in Tokyo in 1975. Graduated from Meisei University Graduate School of Science and Engineering in 1999. In 2001 he graduated from Digital Hollywood VFX Creator Major.
masafumi-shirakami.com

Kenji Hirasawa (b1982, Tokyo), who currently lives in Japan, studied for a BA in environmental information at Keio University in Japan.
kenjihirasawa.com

The highly experimental photographer Daisuke Yokota works with both digital and physical darkroom tools to create images that range from moody black-and-white portraits to high-keyed abstractions. In 2016, Yokota received the Foam Paul Huf Award, one of the highest distinctions awarded to talented contemporary photographers under the age of 35.
(source https://www.artsy.net/artist/daisuke-yokota)

Nerhol is an artist unit composed of Yoshihisa Tanaka and Ryuta Iida. Each previously worked independently on different activities.

About the Publisher
Self Publish, Be Happy was founded by Bruno Ceschel in 2010 to promote a new generation of photographers and self-publishers. Through its activities in publishing, the curation of exhibitions and events, and education it has helped to support photography culture around the world.
selfpublishbehappy.com
(source: http://selfpublishbehappy.com/information/)