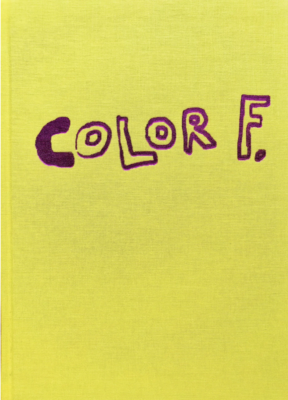 “COLOR F is Morten Andersen 10th book since the debut with FAST CITY in 1999. The book contains new work from Oslo and can be seen as a follow up to the long out of print OSLO F from 2005, but in colors… as opposed to the more direct and raw expression in his earlier b/w work. Maybe a softer temperature, but still irritated…pissed off maybe..?”

About the Artist
Morten Andersen was born in Akershus, Norway, 1965. He has an extensive self-publishing history. His books cover an eclectic mix of topics from Norwegian punk bank TURBONEGRO, Norwegian forests, Oslo, and New York City.