Butterfly Had a Dream 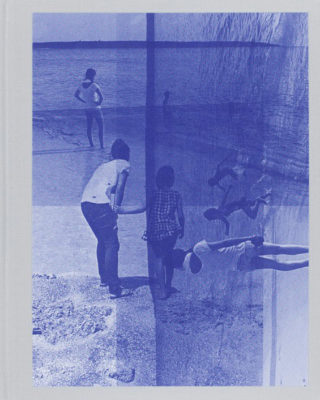 Over the pages of the photography spreads, it almost seems like a solitary butterfly was fluttering and flitting, traversing, and crossing the sea in flight to Miyakojima. Turning the pages, one senses that Fujiwara’s eye and the eye of the night butterfly, are beginning to combine with her late father’ gaze. One realizes that here in Miyakojima, this is a sacred sphere. For the butterfly flitting back and forth, between earthly life and the other side, this world and eternity, it is a place to its liking.

Atsushi Fujiwara professes, “Had it not been for photography, my drive to express, scattered as fragments inside me, would never have coalesced.” History and memory of Japan, the country of his birth, of his family, associations and connections, the shapes of things, the sense perception of alleyways and locales, dreams and unconscious, thoughts regarding the lives of people who are no longer, time lost, mementos…
Past and present join in light and shadow upon a leaf of photographic paper, in a photobook. This too, forms yet another “locus” of Atsushi Fujiwara’s photos. I daresay we might call this a “dreamworld of the soul.” Butterfly had a Dream is within that dreamworld. Since ancient times, the butterfly has been a “symbol of the soul.”