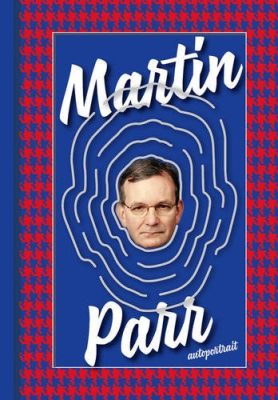 This  publication contains 57 portraits of Parr taken by studio photographers, street photographers and in photo booths across the world. The resulting portfolio shows the range of portraitist’s techniques from elaborate sets, reminiscent of the heyday of the Victorian studio photographer, to airbrushing, hand tinting and digital manipulation.