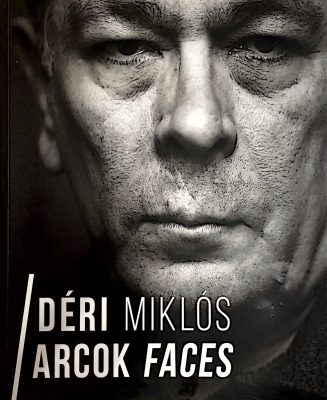 Miklós’s Pictures Black-and-white portraits of members of the Hungarian sub-culture of the 80’s and 90’s were made in 2014. About Heroes, Actors, Side Actors and Observers. The former powers of the subculture, whose pantheon is finished, look deep into our eyes and do not smile. It is unclear whether their superiority derives from their personality, their stiff facial expression, the setting or the facial illumination. In single-lamp settings, their creator uses the elements of classic portrait photos to break their models from the present. The heroes of the historical past represent themselves with their present faces, but, by the way of depicting them in the great forms of a distant past beyond their heroic times, they seem to be more than themselves, and as if they were a mythical figure, or as if they were allegorical depictions of clowning, trembling, cunning, wisdom.

About the Publisher
A new and modern visual arts institute, the Robert Capa Contemporary Photography Center was opened in Budapest in December 2013. Among the tasks of the new visual institute are the organization of national and international exhibitions; the foundation of a prestigious photography award; the presentation of national and international photographers and photography workshops.
Activities of the institution also include foreign study tours, public discussions, lectures, thematic film screenings, and performances, along with events of other art disciplines. Established in the centennial year of Robert Capa’s birth, the Center supports its operational, functional, and program costs from state subsidies, grants, and its own income.
capacenter.hu

One of Budapest’s most established contemporary art galleries, Deák Erika Galéria, has thrived since its opening in 1998. Founded by Erika Deák the space represents a broad scope of both national and international painters, with Deák’s primary focus lying on the initial emotional relationship the viewer has with art. “I believe that artworks speak to us. Only after we’ve forged a connection do we meet with the artists, which is followed by lots of talks after which we see whether we can support each other in the long run. I’m a rather faithful person, I like long term relationships and my artists also seem to like each other”. Together with the gallery director, Zita Sarvari, Deák enjoys experiencing the world with open eyes. “We love discovering, curating, and making seemingly uncommon connections between artists and artworks. Hungarian history is particularly important”.
(source bmw-art-guide.com/categories/galleries/deak-erika-galeria-budapest-hungary)
deakerikagaleria.hu