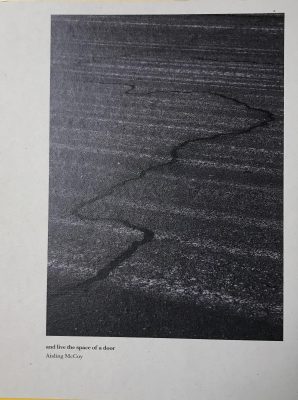 Since its inception by the Nazi Ministry of Aviation in 1936, to its current use as a public park and most recently as an emergency refugee shelter, the former Tempelhof airport has been the backdrop to many key events in Berlin’s history. Throughout this history it’s symbolism has constantly shifted to reflect changing political and social ideologies. These images reflect on the situation of refugees within this historical and architectural context, as they wait in the hangars of the Tempelhof for their asylum applications to be processed. McCoy was drawn to the situation at the Tempelhof because of the impossible question it provokes- how could one inhabit an airport? A space that was designed to relate to the crowd rather than the individual, to channel movement rather than allow a space to dwell. The parallel between the political placelessness of the refugee and the non-place of the empty terminal means that the Tempelhof becomes a metaphor for the condition of permanent temporality that refugees face. This series is a meditation on this non-place, both physical and psychological- somewhere between past and future, acceptance and refusal, arrival and departure.
(source: blurb)

About the Artist
Aisling McCoy is a Dublin-based Irish visual artist. Her work looks at how we inhabit and imagine place. Her background as an architect is central to her practice, which looks at the relationship between architecture as an intellectual concept, created through images, and its translation into built form. I’m particularly interested in the ideological aspect of inhabitation and the role of both architecture and photography in constructing the ideal.
aislingmccoy.com