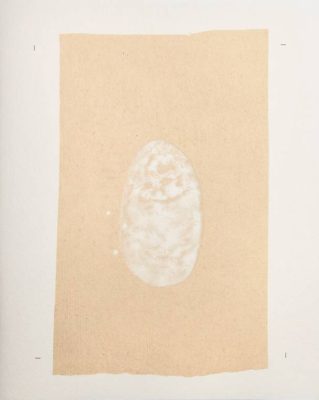 A Myth of Two Souls (2013-2021) is inspired by the epic tale The Ramayana. Drawing inspiration from the imagery associated with this myth and its pervasiveness in everyday Indian life, Vasantha Yogananthan has retraced the legendary route from Nepal to India to Sri Lanka. First recorded by the Sanskrit poet Valmiki around 300 BC, The Ramayana has been continuously rewritten and reinterpreted, and continues to evolve today. Yogananthan’s series is informed by the notion of a journey in time and space and offers a modern retelling of the tale.

The seventh and last chapter, Amma (‘Mother’ in Tamil language) closes the project A Myth of Two Souls, after 437 pictures published over seven books (2016-2021). To celebrate this epic saga, Chose Commune releases a very special book in close collaboration with the artist — a book with 60 photographs tipped-in by hand (printed and bound in Italy).

Amma is centered around the princess Sita and deals with the concept of ‘purity’. By no means a happy ending, the closure of The Ramayana forces us to question Rama’s behaviour and his obedience to rules set by a patriarchal society. On the other hand, Sita’s beliefs and actions are free from culture. Sita means furrow in sanskrit, she is the daughter of the Earth.

The pictures composing Amma take us from the seacoast of Sri Lanka, to the city of Ayodhya to the jungle of Bihar, India. Their chromatic scale recreate a world where civilization gradually disappears to leave room to a purely metaphysical space. The Ramayana has neither end nor beginning. It represents the circle of life and therefore it will always be.
(source: https://chosecommune.com/book/vasantha-yogananthan-amma/)

About the Artist
Born in 1985, Vasantha Yogananthan lives and works in Paris. In 2014, he co-founded the publishing house Chose Commune and published his first book, Piémanson, which was nominated for MACK First Book Award and Kassel Best Book of the Year. In 2015, Vasantha Yogananthan was the recipient of the IdeasTap/Magnum Photos Award (category international) to help him fund A Myth of Two Souls, his 7-book project on the Ramayana in India. In 2016, he was awarded the Prix Levallois. In 2017, he was awarded an ICP Infinity Award as Emerging Photographer of the Year, and was selected among the 20 FOAM Talents.

Bookmaking and editing is central to his work and he considers the photobook to be his primary medium for research into original narrative approaches. A Myth of Two Souls will be published into 7 books.
vasanthayogananthan.com
(source: https://www.lensculture.com/vasantha)

About the Publisher
Chose Commune is an independent publishing house devoted to photography books. It was founded in Paris by Vasantha Yogananthan and Cécile Poimboeuf-Koizumi, along with Jérôme Montagne and Julia McLaren It supports a photography that explores crossing points between the real and fictional.
chosecommune.com
(source: https://editionschosecommune.tumblr.com/APROPOS)