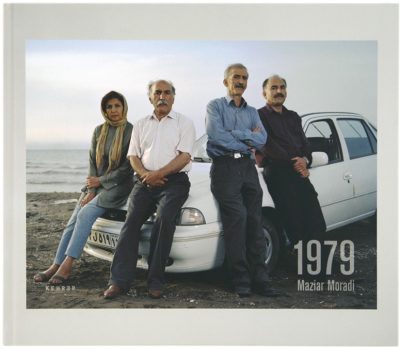 In 1979 the Iranian population finally succeeded to overthrow the nationalistic and pro-american regime of the Pahlavi-monarchy through massive demonstrations and nationwide strikes. 1980 the barely established regime of Ajatollah Khomeini had to fight an eight years lasting war against Iraq, starting in September 1980. My work is based on the impressions, fears, fates and losses of my family during the war, by focusing more on the individual circumstances of life than the political situation. I captured and visualized their stories through staged photography. My work addresses the destinies of my family and acquaintances and captures the key scenes of their told stories. Hereby the person turns into the actor of his own life.

About the Artist
Maziar Moradi (*1975 in Tehran), winner of the gute aussichten – junge Deutsche fotografie 2008 / 2009 (good prospects – young German photography), studied Communication Design with Vincent Kohlbecher at the University of Applied Sciences in Hamburg. His works have received several distinctions, among them the Otto Steinert Prize of the DGPh (German Photography Society) and the Wüstenrot Foundation’s documentary photography award.
maziar-moradi.com

About the Publisher
Founded in 1995, Kehrer Verlag Heidelberg Berlin specialises in books in the fields of photography, fine arts, and culture. Working together closely with international artists, authors, museums and cultural institutions, Kehrer Verlag creates its publications in alliance with Kehrer Design.
kehrerverlag.com