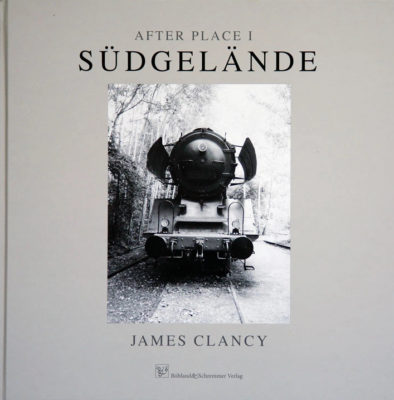 ‘After Place’ is the title of a series of future books which looks at: What becomes of a Place after its function is obsolete. The first book deals with a place called Südgelände which in its past life was part of the switch yard in the south of the city. Natur-Park Schöneberger Südgelände was part of the switch yard Tempelhof, a typical wasteland of a railway area. In the 19th century and in the first half of the 20th century the switchyard used to be one of Berlin’s most productive railway systems. After the end of World War II the status of Berlin as a divided city and in particular the Berlin Blockade lead to the loss of importance of the switch yard which eventually resulted in its decommissioning in the early 50s. On the ruderal abandoned area a natural oasis developed only in a few decades. Birches and grasses overgrowing the old tracks, an old steam engine waiting at the edge of the forest to take us back to the location’s past and our own childhood explorer’s spirit. “Brückenmeisterei”, engine hall, water tower and switch table…all are witnesses of the moved past of Südgelände and now integral components of the After Place.

About the Artist
James Clancy was born in 1971, close to the rural town of Newmarket in North Cork, Ireland. In 1990 he moved to Cork City where he later studied film (with emphasis on camera and lighting design) and worked in film making, music and theatre, producing works which were presented and screened at film festivals and on national television.

About the Publisher
Böhland & Schremmer Verlag, have been making books with passion and commitment for almost ten years. Aesthetically high-quality books, because what you feel in your hands and see with your eyes is important to us.