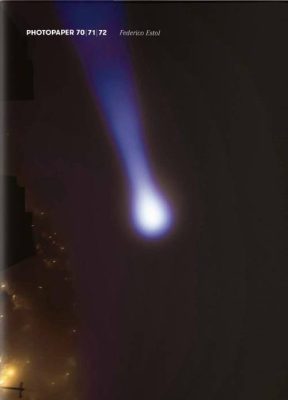 As Federico Estol explains in his publication Héroes del Brillo (which translates to the English Shine Heroes), thousands of shoe-shiners seek out new clients each day on the streets of La Paz, Bolivia’s capital, and El Alto, the country’s second largest city – itself a former district of La Paz. These people are of all ages, with the youngest still in school or higher education. Some are otherwise unemployed, whilst many
pursue this line of work to consolidate their income. Common to all shoe-shiners is the desire to get by; to earn a little additional money to make living that little bit easier.

In recent years this workforce has emerged as something of a social phenomenon in the Bolivian capital. Somewhat ironically, the shoe-shiners’ presence in the urban landscape is amplified by their characteristic use of ski-masks – the same device employed to protect their anonymity. Throughout the areas they reside in, few know their neighbours work as shoe-shiners, and many more hide their profession from classmates and friends. Even families are often unaware as to how their relatives earn a living when they journey to the city centre from the hills of El Alto. The masks thus take on a strange and seemingly contradictory duality: offering a marginalised community the security of anonymity in the face of social exclusion, stigmatisation and discrimination, whilst simultaneously establishing a sense of collective identity, unity and visibility.

Over the last years, Uruguayan artist Federico Estol collaborated extensively with a group of shoe-shiners associated with the social organization Hormigón Armado, which itself was founded with a view to supporting this workforce. Hormigón Armado launched a newspaper some 16 years ago, 600 copies of which are sold each month, with the proceeds from each sale providing additional income to nearly 60 families of shoe-shiners. Estol’s idea was to build a special edition of this newspaper through a participatory workshop-based process, which invited the shoe-shiners to imagine a creative new version of their story. Borrowing from the visual language of comic books and graphic novels, and incorporating elements of day-to-day life in El Alto, the narrative that emerged saw the shoe-shiners portray themselves not as outcasts, but as urban superheroes tending to the unwavering local demand for polished footwear. Beyond this storyline alone, the dignifying nature of Héroes del Brillo project is woven into the very fabric of the publication’s creation and dissemination. The various photographic sessions encouraged the shoe-shiners to reconsider and derive inspiration from their daily activities, whilst the act of distributing the resulting newspaper on the street would generate opportunities to engage members of the public, challenging the negative connotations of this profession in the process. When a co-authored edit of images was agreed, the special edition of the newspaper hit the streets. In just three months, a staggering 6000 copies were sold across La Paz, with the revenues shared between
all the participants. Meanwhile, a young Uruguayan publisher, El Ministerio Ediciones, began distributing another 800 copies to a different readership at festivals, photo events and art bookstores.

With its aspirations to redefine the position – and perceptions – of Bolivia’s shoe-shiners, as well as to circulate far further than the usual confines of the almost hermetically-sealed photobook world, Héroes del Brillo is a truly forward-thinking photography project. It combines more than just the basic elements that define an extraordinary photobook: a g reat concept; a powerful photographic language; a perfect
balance between story, editing, sequencing, material, format and printing. Above all else, the project remains firmly rooted in the society in which it originated, with each book representing a complex network of important social activities and exchanges – opening up an array of new possibilities for its creators. – Dieter Neubert

About the Artist
Federico Estol is an Uruguayan artist and photographer. Currently working as a social visual storyteller in the Latin American region, also as the artistic director of SAN JOSÉ FOTO festival and as editor of El Ministerio Ediciones publishing house.
kyokotakemura.com
(source: https://www.federicoestol.com/about)