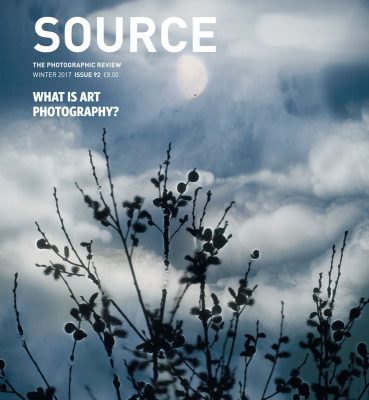 What is art photography? There’s certainly a lot more of it about but it’s hard to nail down the difference between this special variety and the common or garden kind of photography. Even photographs that you might suppose were definitely not art, like family snapshots or old photojournalism are liable to appear in art galleries. We have asked three writers to answer this question and they have given us different answers.

Roberta McGrath describes how the radical re-evaluation of photography that took place in the 1970s was gradually co-opted and nuetralised by the art market. This, for McGrath, underpins the rise in art photography since the 1980s. Juliet Hacking, who led the photographs department at the auction house Sotheby’s, gives a strikingly similar account, albeit from an art market perspective and drawing different conclusions. Meanwhile, philosopher Diarmuid Costello places his emphasis on art photography as a form of personal expression, influenced but not determined by the market and institutions.

What does art photography look like and what are the motivations of those making it? We try and answer this question by publishing and discussing the work of Stan Douglas, Susan Derges, Jolanta Dolewska and Roseanne Lynch whose practices demonstrate a range of approaches to making work destined for art galleries.

Vancouver based Stan Douglas’ new work comes out of an interest in the 2011 riots in London which he saw on TV and for him had resonances with the 2011 Stanley Cup Hockey riot in Vancouver. Douglas “reconstructs moments in the protest” in London by combining images he shot from a helicopter with existing photographs and remodelled historical Google Streetview images of the locations of the riots. Douglas talks to Declan Long about historical accuracy and bringing the memory of events back.

Susan Derges talks to Lucy Soutter about the shift from working “in the field” – immersing photographic paper in rivers – to producing images in a specially constructed water tank in the studio using a digital camera. A way of working that Derges describes as a “performance space in the dark” where she models things that might exist in the outside world.

The starting point for Jolanta Dolewska’s work was photographing human bodies at the point of exhalation. Informed by the Italian philosopher Agamben’s writing on the body reduced to biology without political rights, Dolewska was interested “in different forms they take when airless and how the body becomes a mere shape”. This led to making images of material derived from animals, including chamois leather and lard, which Dolewska was trying to bring back to life “forcing the no longer living objects into different shapes”. In Daniel Jewesbury’s accompanying essay he takes his personal physicality as a starting point into thinking about the violation of the body in the second world war and the current lack of humanity at the borders of Europe.

Roseanne Lynch’s work has echoes of a much earlier period of artistic photographic production through the use of a large format film camera and a concern with light, volume and space. An interest in the work of Irish designer Eileen Gray led to a series of images in E1027, her modernist house, completed in 1929. While the locations used in Jean Cocteau’s film Testament of Orpheus, led her to the limestone quarries in Baux-de-Provence. Fiona Kearney introduces the work and considers it in relation to “the spatial and technical frameworks that give photography the unsettling potential to both capture and create worlds”.