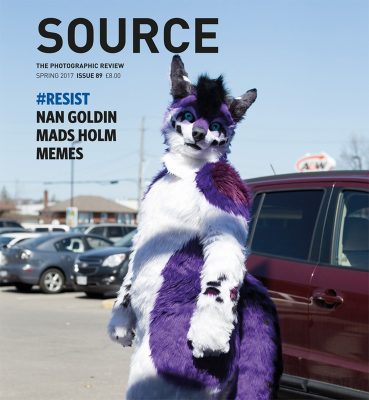 The political upheaval of the last year has been played out and articulated in images, whether it’s photographs of the Brexit bus (and its dubious slogans) or the size of the crowd at the Trump inauguration (and its questionable surface area). But this has not just been a matter of a small number of iconic pictures, increasingly, political debate has been mediated through the Internet and one of its chief currencies is images. In the partisan political climate we inhabit a picture and phrase combined (to make a meme) is the ideal way to pithily sum up an argument or skewer an opposing point of view.

The online culture wars has been seen as a right wing (or alt-right) domain but Angela Nagle has also been following its left leaning tendency. What will you find in Bernie Sanders’ Dank Meme Stash? What is a Bernie Bro? And what have the Bernie Bros got against Chelsea Clinton’s spinach pancakes? Why should anyone care? Read on to find out.

Patrick Reinsborough was involved in the anti- WTO protests in 1999 and formed an organisation called Smartmeme in 2002 precisely to harness the possibilities of conveying political messages via the Internet. Twenty years on he is the ideal person to look back over the changing use of images in political campaigning and to outline what protest will look like in the coming years.

Mads Holm says photography is a “way of making notes of the world surrounding me and to analyse what things mean and how they function symbolically”. In About Common Ground he considers urban environments as fragile spaces where social order is on the verge of sudden change. Made in Athens, Copenhagen, Glasgow, Detroit, Moscow, and New York the work creates a fractured narrative about our current political moment.

Political symbolism is also a feature of the work of David Blackmore, who uses photography to document his own actions and interventions that, over a number of years, have formed a series of small acts of resistance. His publication Section 76 of the Counter Terrorism Act is a provocation against what you can and can’t photograph and publish. His early work, which formed part of his final year university project, was a reaction to the introduction to the Euro currency in Ireland and his most recent project returns the theme of European identity.

Nan Goldin is best known for The Ballad of Sexual Dependency (number three in our recent poll the greatest photobooks of all time). The images in the book date from the late 70s to the mid 80s and coincide with a period when Goldin visited Ireland with her friend and fellow artist Vivienne Dick who is from Donegal. For the first time we are publishing work she made while in Ireland alongside some of the images from her iconic work. Commenting on the book itself Goldin said “it is so distressing: no one any longer believes that a photograph is real…if nobody believes it as having happenedwhat is the point?”

Ricky Adam photographed at The Warzone Centre in Belfast as he “just happened to have a camera” with him. Music venue, print workshop, darkroom, drop-in centre, café and rehearsal space, it was a communal area used by musicians and activist groups and grew out of Punk’s DIY ethos. Adam attended the Warzone as a young suburban punk to listen to and play loud music. For him it was a place “beyond the closed-minded, often sectarian society that surrounded us. Punks, artists, freaks and weirdos had a space to hang out, be creative and express themselves, regardless of their religious persuasion, sexual orientation, or anything else”.