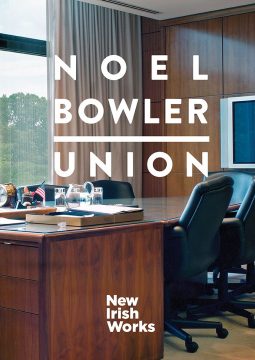 Union is a series of photographs made in the trade union offices of fourteen different countries around the world. Taken over a four year period defined by increased worker insecurity and changing work practices, this body of work is a response to the current recession and its impact upon the working landscape. The constant threat of redundancy, a move towards working from home, the role of gender inequality and the role of decision makers within the Union movement are all central themes that are explored in this body of work.

These photographs document the presidium like interiors of a number of trade union offices in Ireland, Britain, France, Russia, Scandinavia and the United States. Although situated in different societies that have distinct cultural and historical differences in the evolution of how labour was organised, these offices all share commonalities in terms of bureaucratic and organisational structures. These in turn inform how the iconography of organised labour emerged within a society. Interspersed with portraits of contemporary union leaders, this series seeks to interrogate the constructed nature of organised labour, alluding to the immense workings of power defined by a nineteenth century ideology, as well as the hidden decision making process that occurs within the spatial confines of these buildings.

About the Artist
Noel Bowler is a Photographer and Educator. Born in Ireland (b.1978). He holds an MFA in photography from University of Ulster, Belfast and a BA (Hons) degree in Documentary Photography from the University of Wales, Newport. His work has been exhibited worldwide including New York Photofestivel and Les Recontres d’Arles, with recent solo exhibitions in Gallery of Photography, Ireland, and Impressions Gallery, England. Bowler has nominated for the Deutsche Börse Photography Prize in 2011 and for the Prix Pictet Photography Prize in both 2012 and 2015. His most recent body of work, Union was published by the Kehrer Verlag in 2015. He is currently a Lecturer in Photography at University of Suffolk.
noelbowler.com