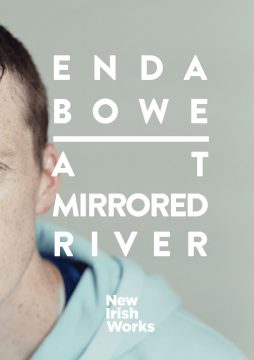 At Mirrored River was inspired by the Gaelic word Teannalach (pron. “chann-ah-lack”) which means ‘awareness’. In particular, it is awareness of that which is intangible and hushed; of being aware of the quietness and presence of people, places and nature. With this in mind, Bowe sought to capture the teannalach of stories and dreams within a singular town.
The project is entirely made in an ordinary post-industrial town. For me, my personal challenge was to find the light and the beauty in the ordinary, the hope and the optimism.
As the project unfolded, it became less about the location of the project and more about mapping the feelings contained within the town. It is about the awareness of who we are, the questions we ask and the dreams we project.
Although the project is set in one town, it is not a literal documentation about the town. Bowe wishes the work to be seen as a universal collective palette of feelings and emotions, a European collection of contemporary photography for all nationalities to empathise with.
My intention was to make an unrecognisable geographical picture of a town which didn’t have monumental recognisable iconic images, or if they were there, to avoid the obvious. I wanted to look at the ordinary every day places we inhabit and our ordinary daily lives because for me, the ordinary is where all the of the universal beauty, magic and possibilities lye. As the late influential writer John McGahern said, “the ordinary is the most precious thing in life”

About the Artist
Enda Bowe’s work is concerned with story telling and the search of light and beauty in the ordinary. Influences in his work include writer John McGahern, poet John Glenday, and directors Lynne Ramsey, Eve Arnold and Lenny Abrahamson. Enda’s work has been exhibited in galleries and museums including the Victoria And Albert Museum, London, the Douglas Hyde Gallery, Dublin, the National Portrait Gallery, London, Fotomuseum, Winterthur, and The Gallery of Photography, Dublin.
Enda is a committed artist who approaches personal projects with passion, dedication and attention to detail. His first book Kilburn Cherry has recently been published by J&J Books. This is to be followed by his new publication Bird to the Air, Whale to the Sea, which will be published by Plum Plum Books in Spring 2016, and At Mirrored River which he is self-publishing for July 2016 to coincide with his show at the Visual Centre of Contemporary Art Carlow. Awards received include the Solas Ireland Photography Award 2015 and The Birgit Skiold Artist Award for Excellence, Whitechapel Gallery London 2014.
endabowe.com