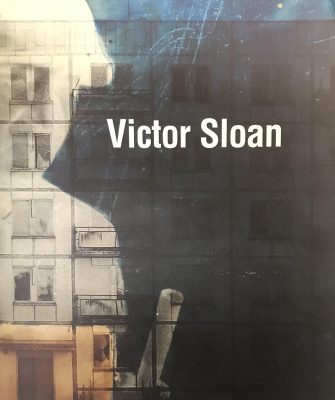 This is a retrospective of Victor Sloan’s work from 1980 to 2000. Though Sloan is best known for his images of the Orange Order and the marching season, this monograph includes other bodies of work such as “Belfast Zoo”, “Vietnamese Boat People” and “Moving Windows”. Mixing intimacy with anonymity, the casual with the formal, Sloan’s artistry lies in his ability to bring to the very surface of the image the tensions underlying the apparent normality of life in Northern Ireland.
(source: http://www.victorsloan.com/2012/01/victor-sloan-selected-works-gallery-of.html)

About the Artist
Victor Sloan is one of Ireland’s major visual artists. He was born in Dungannon, Co. Tyrone in Northern Ireland. He lives and works in Portadown, Co. Armagh. He studied at Belfast and Leeds Colleges of Art.
victorsloan.com
(source: http://www.victorsloan.com/2011/02/about.html)