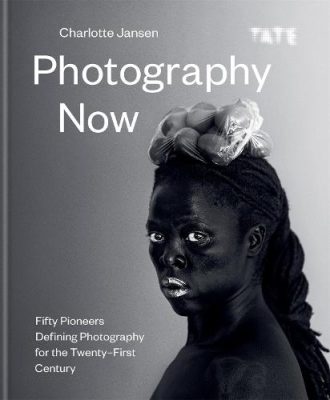 In the last century, photography was always novel. Now, it feels like our world is over-saturated with images. In the 21st century, what can photography do that is new?
This extensively illustrated survey answers that question, presenting fifty photographers from around the world who are defining photography today. Their styles, formats, and interpretations of the medium vary widely, but in each case, the work featured in this book represents photography doing what it has always done best: finding new ways to tell stories, and new stories to tell.

About the Artist
Charlotte Jansen is the Editor-at-Large of Elephant Magazine. A freelance arts journalist for ten years, she has written for publications including the Guardian, the FT, ELLE, Wallpaper*, Vice, The British Journal of Photography and the RA Magazine. TATE is home to the United Kingdom’s national collection of British, and international modern and contemporary art, with its collection shared between Tate Britain, Tate Modern, Tate Liverpool and Tate St Ives. Ilex is proud to partner with Tate, supporting the gallery in its mission to promote public understanding and enjoyment of art.
(source: https://www.hachette.co.uk/contributor/charlotte-jansen/)

About the Publisher
Ilex, part of the Octopus Publishing Group, is dedicated to books on creativity in all its forms – from practical art and photography to popular culture, from cutting-edge technology to the ideas behind art and design. Working with a team of expert authors, designers and photographers, Ilex has earned an international reputation as the go-to publisher for creative people.

The company was formed in January 2000 as a collaborative venture between the directors of The Ivy Press and Alastair Campbell (not that one), and was acquired by the Octopus Publishing Group in December 2014. The ilex imprint is used throughout the world in the English language, and ilex is equally at home publishing under our own brand or co-publishing in the North American market. In North America, our books are published by publishers such as Focal Press, The Reader’s Digest, Chronicle Books, Abrams, Harper Collins, Watson Guptill, St Martin’s Press, Pixiq, Running Press, and O’Reilly. Our books have been translated into many languages – the current record for a single title is 22 – including French, German, Dutch, Spanish, Portuguese, Italian, Polish, Russian, Chinese, Korean, and many more.
ilexinstant.com
(source: https://www.ilexinstant.com/imprint/octopus/ilex/ilex-press/page/ilex-about/)