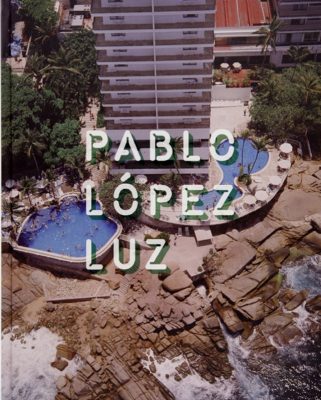 The aerial photographs of Pablo López Luz  rove across the urban landscapes of his native Mexico, capturing scenes of dense civic activity and more pastoral areas on urban perimeters. Luz’s bird’s-eye viewpoint endows his images with the feel of staged artifice, while also permitting the viewer the rare possibility of appraising a vast spread of visual information, and the extraordinary impact that urban populations have as they encroach in ever-increasing circles upon the landscape around them. For Luz, aerial photography serves the purposes of social critique, allowing him “to portray the effect that overpopulation followed by a lack of structure or guidelines in the development of cities alters the city s terrain and land.” Pablo López Luz contains colored photographs produced over the last five years in Acapulco, Chiapas, Mexico City and Tijuana, plus another series made in Hong Kong.

About the Artist
Pablo López Luz (born 1979) reinterprets the Mexican landscape in his photography, focusing on the implicit human presence within these environments. López Luz studied at the Universidad Iberoamericana in Mexico City before completing a master’s degree in Visual Art at NYU in 2006. In 2005, he was awarded the prestigious Velázquez grant from the Spanish government. He has exhibited at a number of institutions, including the ICP, New York and Fondation Cartier pour l’art contemporain, Paris and his work is held at Museo de Arte Moderno, Mexico City and SFMOMA.

About the Publisher
RM Publishers has a strong working philosophy of belief in creativity and innovation, which are fundamental requirements for a successful company. We hold the belief that, having the appropriate people in the right environment, achieving anything and everything is possible. We consistently and progressively deliver high standards without compromising on quality.
rm-pa.org