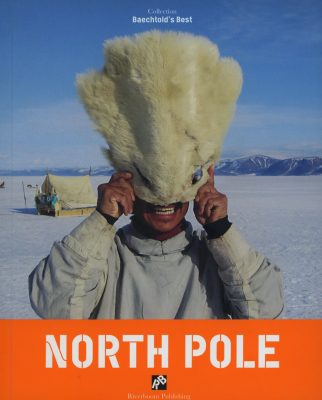 This edition of the Baechtold’s Best series follows Clause Baechtold to the Northernmost native settlement in the world, a village called Siorapaluk in north western Greenland.

About the Creator
Claude Baechtold (b. 1972, Lausanne) is a Swiss photographer who lives and works in France. After graduating in visual communication at the ECAL (Ecole cantonale d’art de Lausanne), Claude Baechtold developed his work in Iran, compulsively photographing Iran’s national car, which he presented in the form of road maps and wallpaper.

With his collective Riverboom, founded in Afghanistan with war reporters Serge Michel and Paolo Woods, he redefined minor photographic genres, giving us adventure photo-novellas, accelerated slide shows transformed into psychedelic animated films, travel guides randomly cataloguing Iraqi moustaches, Soviet tanks and Inuit kayaks, and games of Match-Up depicting visual duels between Switzerland and the rest of the world. This inventive approach put him on the map as an upholder of the latest “new reporting” and won him the Swiss Federal Prize for Applied Arts in 2002 and the Grand Prix Images 2006.
(source: https://prixelysee.ch/en/nomine/claude-baechtold/)

About the Publisher
Éditions Riverboom is a cultural organisation made up of war photographers which aims to published a series called “Baechtold’s Best”. These are guidebooks, made up entirely of images, for unusual destinations like the North Pole, Afghanistan or Louvreland.
(source: https://www.instituteartist.com/riverboom-1